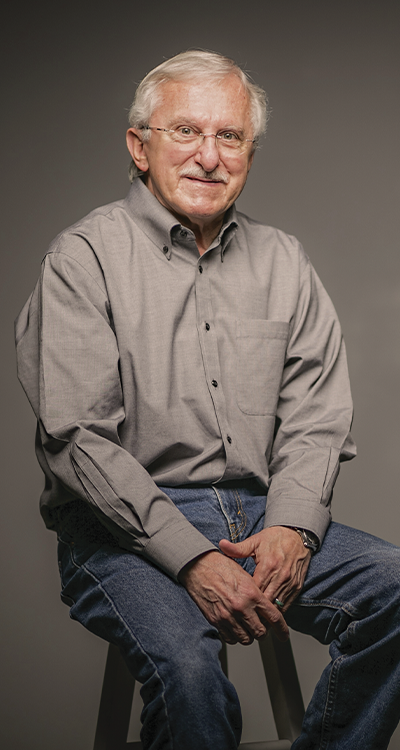 When Paul L. Modrich, PhD, was growing up in New Mexico, his father, a local high school biology teacher, told him, “You should learn about this DNA stuff, because it’s really interesting.” Rarely has a father’s advice been so thoroughly embraced: Modrich has spent his entire career studying “this DNA stuff,” and he’s done it so exceptionally that in 2015 he was one of three researchers to share the Nobel Prize in Chemistry.

Modrich came to Duke in 1976 from the University of California at Berkeley and says he felt at home right away in a small department with an exceptional and collegial faculty. He carried on his research and won the Nobel Prize for some four decades of investigation into how cells repair errors that occur in DNA as chromosomes replicate. Errors in the genetic code frequently transpire during replication within the body’s 10 trillion cells. These errors are recognized and corrected by mismatch repair (MMR), and Modrich showed how this works.

His basic science research turned out to have significant implications for human health, as Modrich and others showed that defects in the MMR system are the cause of one of the most common forms of hereditary cancer and play a central role in the development of certain sporadic tumors as well. “Science moves in little steps,” Modrich says, “and you don’t always know where you’ll end up when you set out.”

On Wednesday, October 7, 2015, The Royal Swedish Academy of Sciences announced that Paul Modrich, PhD, a Howard Hughes Medical Institute (HHMI) investigator at Duke University; Tomas Lindahl of the Francis Crick Institute and Clare Hall Laboratory in the UK; and Aziz Sancar of University of North Carolina, Chapel Hill, were the recipients of the 2015 Nobel Prize in Chemistry for mechanistic studies of DNA repair.

Dr. Modrich, a professor in the Department of Biochemistry, joined Duke in 1976. He is a James B. Duke Professor of Biochemistry and a member of the Duke Cancer Institute.