Let’s say you’re on a weekend trip to outer space when you suddenly experience stabbing pains in your abdomen. What would you do?

Or what if you were on a three-year trip to Mars and developed a throat ulcer that wouldn’t heal? What if a decaying tooth started throbbing? What if you broke a bone?

Dominic Tanzillo and Nick Saba, who both earned their bachelor’s degrees from Duke in 2021, are fascinated by questions like these. And, to judge by the popularity of a space medicine course they designed last year and continue to teach, they are not the only ones. 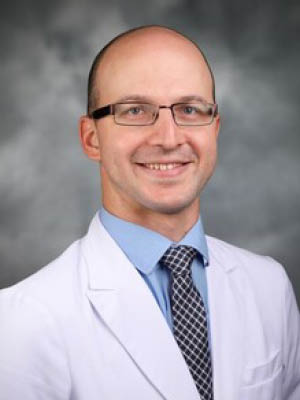 In the fall of 2020, Tanzillo and Saba developed a Duke house course about space medicine with the mentorship of faculty members Ronen Plesser, PhD, professor of physics, and Daniel Buckland, MD, PhD, assistant professor of surgery (division of emergency medicine) and assistant professor of Mechanical Engineering and Materials Science. House courses are small, student-led, pass/fail courses with no pre-requisites.

Tanzillo and Saba taught the course, which included experiments and demonstrations related to concepts such as pressure and buoyancy, in person in Plesser’s physics classroom, with masks and social distancing. Buckland was a guest lecturer, as were Richard Moon, MD, who is the medical director of Duke’s Hyperbaric Center, and Rachel Lance, PhD, who is an assistant consulting professor in Duke’s Department of Anesthesiology.

The house course was so popular they taught it again in the spring of 2021, and then adapted it as a summer course for high school students in the Duke Pre-College Program. And then, with the support of Duke Learning Innovation, refined it further and presented it as an online course for a worldwide audience, complete with professional animations, guest lecturers, and a virtual tour of Duke’s hyperbaric chambers.

Ellie Siebeneck, a first-year pre-health student at Duke who took the house course this past spring, said, “Dominic and Nick did an amazing job. You could tell how passionate they were about the subject matter and you could tell they knew what they were doing. And it wasn’t just lectures—we had hands-on experiences.” Siebeneck enjoyed the class so much that she convinced her sister, a rising high school junior, to take the course online through the Pre-College Program.

Watch a lecture clip from the Space Medicine course:

The field of space medicine deals with how to respond to medical emergencies in space as well as how to mitigate the known health risks of living in space, like radiation exposure and dangers posed by zero gravity, from loss of bone mass to chronic heartburn. “Astronauts need doctors too,” Tanzillo said. “People are always going to need medical care. And when you put people in space, you’re going to need to know how their bodies react to it.”

Although astronauts are young and healthy and go through rigorous health screenings, tomorrow’s space tourists may be older and will likely travel with pre-existing medical problems, from diabetes to high blood pressure to arthritis.

“It’s a new era,” said Buckland, “People are going to bring common medical problems and want to go into space so there needs to be a group of people who understand whether that’s safe.”

It’s also a new era for professional astronauts. Consider a mission to Mars, which would last for years and take people so much farther away from Earth. “Things that would be easy to take care of on the International Space Station wouldn’t be easy on a Mars mission,” Buckland said. “Because of the distance from Earth, you no longer have instantaneous communication. You have to be much more autonomous.”

As a physician, Buckland works in the Duke Emergency Department and as an engineer, he designs robots that could help people in space be more autonomous. Right now, he’s working on a robot that draws blood intravenously.

Buckland originally wanted to become an astronaut, but he changed his mind while sitting in an aerospace engineering class as an undergraduate at Georgia Tech. “I remember thinking, everyone in this room wants to be an astronaut and I’m not the smartest person in the room so I should figure out something else I want to do,” he said.

He realized he was most fascinated with the human part of the equation in space, and thinking about what could go wrong with the humans controlling vehicles and equipment. That led him to his current career combining medicine and engineering.

Buckland also has a contract with NASA: “I help NASA decide what the biggest risks to humans in space are.” As a mentor to the Space Medicine course, he answered questions, gave advice, and helped connect interested students with research opportunities. He’s been impressed with the drive and performance of the two teachers and said, “The class has been very much a Dominic- and Nick-directed effort.”

Tanzillo and Saba both became interested in space medicine via roundabout paths. (“Who had ever heard of space medicine? I hadn’t!” Tanzillo said.)

Tanzillo became a certified Emergency Medical Technician while taking time away from Duke as a sophomore after the death of his father. His EMT experience helped him cope with his grief. “In the back of ambulance, helping someone breathe, I got out of that funk,” he said. “Taking care of people and saving someone else’s life was good for me.”

Back at Duke, he joined Duke University EMS, a group of student volunteers that responds to emergencies on campus under medical oversight by Duke Life Flight. As a result of his work with Duke Life Flight nurses, and a chance conversation with an Air Force flight surgeon at a neuroscience conference he attended, Tanzillo became fascinated by medical emergencies in space. He was also inspired by the fact that his grandfather had been a NASA engineer. He decided to pursue an internship at the NASA Johnson Space Center and use that experience to help him design the space medicine course. “It was very serendipitous,” he said. “Looking back at all these threads, I didn’t know where they were leading me, but it all ended up working out.”

Saba came to Duke interested in astrobiology, which is the study of the origins of life and how life can survive in extreme environments like outer space. That interest grew out of his earlier participation in a Duke Talent Identification Program (TIP) for academically gifted students at the Pisgah Astronomical Research Institute. He majored in biology with a concentration in genetics and a minor in bioinformatics, while Tanzillo majored in neuroscience and mathematics.

The two met while volunteering as counselors at Camp Kesem, a summer camp for children whose parents have cancer or have died from cancer. Saba’s camp nickname was Hubble, so Tanzillo knew he was interested in space. When Tanzillo asked him if he wanted to help design a space medicine house course, Saba replied, “Of course!”

Roughly half of the students who sign up for the course are planning for careers in healthcare, with the rest interested in engineering, physical sciences, public policy, and other disciplines, so students bring a wide variety of perspectives to the class, which leads to lively discussions.

The mix of perspectives reflects the multidisciplinary nature of the subject itself. After all, keeping people healthy in space depends on not only physicians, but also engineers who design space suits, physicists who calculate flight paths, policymakers who fund the initiatives, and many other specialists—including psychologists.

“People don’t often think about psychologists,” Saba said. “At the International Space Station, we’re still at Earth really, but going to Mars you have a 20-minute delay in communication so you can’t really do therapy or check in with your family. You have this disconnect with Earth that is known to take a toll on astronauts. [It’s important to] find a way to efficiently talk about mental health, and make sure astronauts are staying sane and keeping themselves healthy.”

Even though Tanzillo and Saba have graduated, they’ve left their mark on Duke. They’ve handed off their house course to current undergraduates, helped start a student club called the Duke Space Initiative, and added momentum to a growing student desire for more space studies at Duke.

Now Saba is working in a lab at Cincinnati Children’s Hospital as a bioinformatics analyst, and Tanzillo is doing contract work for NASA while applying to medical school, where he hopes to continue exploring his interest in space medicine. “It’s hard to find space medicine programs out there, but there are so many fields that connect to it,” he said. “Wherever I can find those connections I’m going to keep pursuing it.”

Mary-Russell Roberson is a freelance writer in Durham.