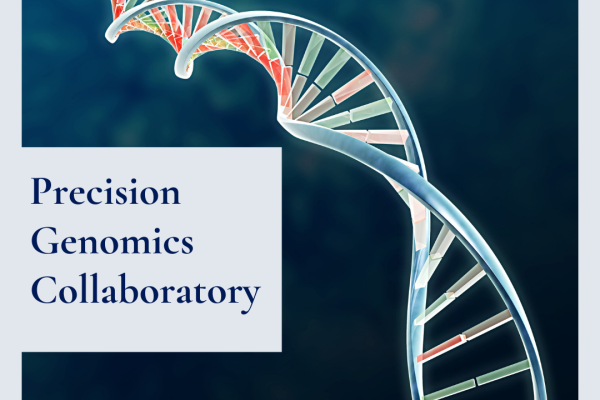 The Duke School of Medicine Precision Genomics Collaboratory and the Office of Biomedical and Graduate Education have been providing $2,000 pilot grant opportunities three times a year for current biomedical PhD students since August 2021.

After receiving their grants, students have six months to use their funds, which could go towards research or professional development.

In the first two rounds of pilot grant funding, we awarded 20 pilot grants. See how some of the awardees used their funds:

Sam Reisman, in the lab of Charlie Gersbach, PhD, is investigating neurological disorders and brain injuries. He purchased  antibodies to stain neuron markers in genes  to enable a high-throughput CRISPRa screen for transcription factors that control the conversion of human astrocytes to neurons.

Wendi Guo, in the lab of Colleen Wu, PhD, purchased mouse lines and clinical HIF-2 inhibitor. They were able to identify HIF-2α as a negative regulator of bone formation in  LepR skeletal progenitors following radiotherapy and developed a bone-targeting HIF-2α therapeutic using nanocarrier technology. This work helped the team receive their first R01 and formed new collaborations with the labs of Shyni Varghese, David Kirsch, and the University of Texas MD Anderson Cancer Center.

Taylor Anglen, also in the Gersbach lab, performed bulk ATAC-seq and RNA-seq on cardiomyocytes to characterize changes in the chromatin landscape that occur during cardiomyocyte cell-cycle reentry. He is presenting his initial findings at Genome Engineering: CRISPR Frontiers at Cold Springs Harbor in late August.

Raven Luo used her pilot grant to attend the Triangle Center for Evolutionary Medicine’s Evolutionary Medicine Summer Institute. She spent a week at North Carolina State University learning about and discussing evolutionary biology with people from all over the world. Her remaining funds were used to generate constructs for a STARR-seq experiment in the lab of Tim Reddy.

Jessica Waibl Polania, in the lab of Peter Fecci, focuses her research on determining the origins of CD8 T Cell exhaustion in glioblastoma, an aggressive and deadly form of brain cancer. With her funds, she purchased reagents for CITE-seq analysis, specifically pre-titrated antibody cocktail of 135 barcoded antibodies from Biolegend. This was used to generate protein expression data from tumor-infiltrating lymphocytes

Student pilot grants are awarded three times a year with deadlines in February, June, and October. Applications are accepted at any time. Our next deadline is October 15