Robert M. Califf Confirmed as Commissioner for the US Food and Drug Administration 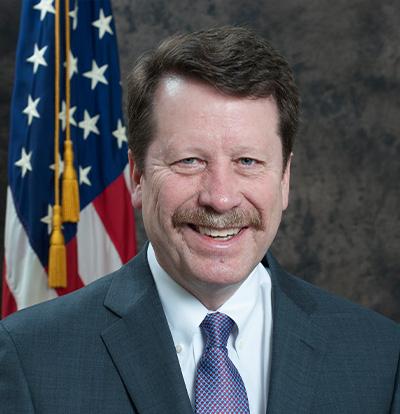 Robert M. Califf, MD, Duke University adjunct professor of medicine (cardiology) and former director of the Duke Clinical Research Institute (DCRI), has been confirmed as commissioner for the U.S. Food and Drug Administration following a vote by the Senate today. Califf’s appointment to the position will mark his second time heading the agency, which he also led during the final year of former President Barack Obama’s administration.

Califf was nominated to the post by President Joe Biden in November of 2021. His confirmation was hailed by his colleagues in the world of clinical research and academic medicine.

“Dr. Califf is the ideal choice to lead the FDA at this critical time,” said Mary E. Klotman, MD, dean of the Duke University School of Medicine. “He brings extraordinary experience and wisdom. I’m so appreciative of his willingness to serve our country again.”

“There’s no question that Rob Califf is the perfect fit for this job at this moment,” said Duke cardiologist and current executive director of the DCRI Adrian Hernandez, MD, a longtime colleague of Califf’s. “He has the background, the skills, the knowledge, and the personal integrity to lead the FDA at a critically important time.”

The nomination also garnered swift support from six former FDA Commissioners, who in a joint letter to the Senate confirmation committee praised Califf’s “lifelong commitment to leadership in promoting public health and advancing clinical science” and noted that his previous experience as commissioner would allow him to be uniquely well prepared to be “effective from day one.”

Califf’s new tenure at the FDA is likely to be marked by what many of his supporters consider one of his key strengths: a combination of enthusiasm and expertise applied to the task of developing scientific evidence that can be used to create better therapies and guide more informed decision-making by clinicians and patients.

That enthusiasm has long been a hallmark of Califf’s work at Duke, where he established a global reputation as an innovative and highly knowledgeable expert in clinical trials, particularly large, complex, and logistically challenging international studies.

“Rob has been a major force in establishing Duke as a leader in clinical and translational research on the world stage,” said A. Eugene Washington, MD, chancellor for health affairs at Duke University and president and CEO of Duke University Health System. “His exceptional leadership and unwavering commitment to evidence-based medicine and to the health and welfare of patients have driven us to higher levels of excellence and impact. His contributions have no doubt improved the lives of millions here and around the world, making Rob uniquely qualified to take on this pivotal role during these unprecedented times.”

Califf’s history at Duke stretches back to his undergraduate years in the early 1970s, when he majored in psychology. He went on to earn his medical degree from Duke, and aside from three years of residency in internal medicine at the University of California, San Francisco, Califf spent his entire career as cardiologist, researcher and senior leader at Duke until leaving in 2015 to assume the posts of deputy commissioner and later commissioner at the FDA.

During his medical training at Duke, Califf was mentored by Dr. Eugene Stead, Jr., a cardiologist and chair of Duke’s Department of Medicine. An early pioneer in the use of computer technology, Stead influenced Califf’s focus on gathering and analyzing data on patient outcomes. Stead’s mentorship would ignite Califf’s lifelong interest in the potential for combining computer technology with clinical data to answer important questions about medicine and patient care. That passion would ultimately lead to the creation of the Duke Clinical Research Institute, one of the world’s leading academic clinical research organizations. As the founding director of the DCRI, Califf oversaw and in many cases personally led numerous pivotal trials in cardiology and other medical specialties.

Despite the demands of his career in clinical research, throughout his decades at Duke, Califf continued to see patients as a working cardiologist. He distinguished himself as a teacher and mentor, helping to shape a new generation of physicians and clinical researchers.

After stepping down from his leadership post at the DCRI in 2006, Califf served as vice chancellor for clinical and translational research at Duke before moving to the FDA. Shortly afterward, Obama nominated him as commissioner and the Senate confirmed him in early 2016. Califf’s time at the helm of FDA was marked by efforts to update the agency’s approach to evaluating scientific evidence about the safety and effectiveness of medical products. In particular, this included developing a framework for incorporating new sources of data, including information gathered from sources such as electronic health records and administrative databases.

After leaving the FDA in early 2017, Califf returned briefly to Duke to create and lead Duke Forge, a university center for health data science, before transitioning in 2019 to a leadership role as senior adviser at Verily Life Sciences, a Google-affiliated company focused on health data. He will step down from that role to assume his new position as FDA chief.

“It’s hard for me to think of anyone who would be better prepared to lead the FDA, given the scope of Rob’s experience in patient care, research, and policy,” said Amy Abernethy, MD, PhD, president of Verily’s clinical research business and a former Duke professor of medicine who served as principal deputy commissioner and acting chief information officer at the FDA from February 2019 to April 2021. “And the fact that he’s led the FDA effectively before means that he’ll be able to get to work immediately on the most pressing issues on the agency’s to-do list. There’s no question that Rob will be prepared to hit the ground running.”