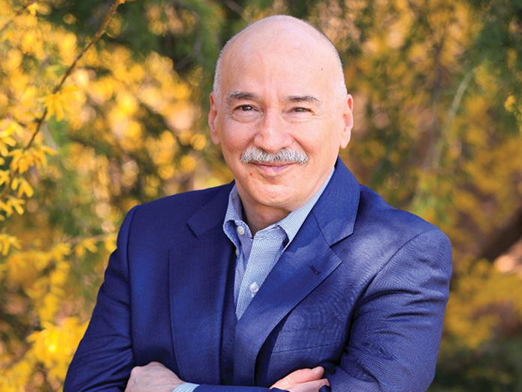 One of the most powerful moments Phil Lister, MD’79, had in medical school came during a lecture by Adhemar "Jim" Renuart, BS’52, MD’56, HS’57. Renuart shared with the students the challenges he experienced as both a doctor and a father to a child with medical issues.

“I remember being dazzled,” said Lister, a psychiatrist and psychoanalyst for adults and children. “It was unlike anything I had heard before. He was speaking from his heart of facing pain and rising to the occasion. I feel like he was showing us — me — that kind of care is possible.”

Years later, after Lister himself had faced the challenge of raising a child with a devastating diagnosis, he took a page from Renuart and wrote from his own heart. In his book, “A Short Good Life,” published in November 2021, Lister chronicles his family’s journey following his daughter Liza’s diagnosis of childhood leukemia. Liza’s battle began when she was 4 years old and ended 12 days after her sixth birthday when she succumbed to the disease.

“After Liza died,” Lister said, “I became frantic and worried that I would forget things.” Not wanting to lose more of Liza than he already had, he began writing down everything he could remember: what she said, how she said it, the way they interacted as a family. 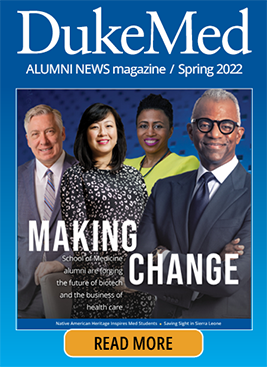 At first, putting it on paper helped him heal and process what had happened. Then he wrote for his other children: Molly, who was 9 when Liza died, and Solomon, born 18 months after Liza’s death. “I imagine there will come a time in the future when they will become curious about their sister,” Lister said, “and what I could say in a conversation would be incomplete. Writing it meant I’d have it for them.”

Through writing, Lister realized he had something to offer a broader audience. He began to hone the text as a craftsman, editing it down to its essence. The resulting book not only tells Liza’s story but also highlights areas where he believes medical care can be reimagined.

As a psychiatrist, he has learned to be attuned to the mind of a child. “It’s rich, it’s prone to distortion,” Lister said. “Telling something important should be viewed as a process rather than an event.” A process, he says, that is based on honesty, allows for questions, and balances how much information to share at any given moment.

Many doctors and care providers, he said, don’t have adequate training and expertise in knowing when, where, and how to have difficult conversations with a young patient about serious health issues. “Right now, it’s rare for a doctor to be attuned to how a conversation about a kid is going to land in the ears of that kid,” he said.

He recalled his own experience of sitting in the doctor’s office and hearing Liza’s diagnosis for the first time. Liza sat on the floor beside him and his wife and busied herself with a toy. “It would have been better for everyone if she could have been occupied outside,” Lister said. Then he and his wife could have had the chance to absorb the information fully without having to manage their own emotionality for her sake. “And we could have delivered the news to her however we thought was called for.”

Lister thinks training in how to hold challenging conversations with families and children should begin in medical school, perhaps through connecting preclinical medical students to families experiencing medical challenges.

He also advocates having palliative specialists join the team of medical professionals in cases of severe illness early in the process. “It’s those specialists’ mindsets that I would draw on to help a family and team think about what is appropriate for this kid at this time in this family," Lister said. A palliative specialist, he believes, could help support the whole family through the stress, anxiety, and despair a family is likely to face during the child’s illness.

Just as he was inspired by Renuart’s lecture in his first year at Duke, Lister is hoping his words can inspire change. “Culturally, if we can expand our tolerance to acknowledge and bear suffering,” he said, “it puts us in a position to help one another. There are too many circumstances where our reflexes to turn away from suffering cause us to change the channel, and we miss the opportunities to support one another in ways that would be wonderfully valuable.”

“A Short Good Life” is available at select bookstores and on the website ashortgoodlife.com, which also includes author interviews, family photographs, poems, and illustrations that provide an intimate look at a challenging but inspiring story.