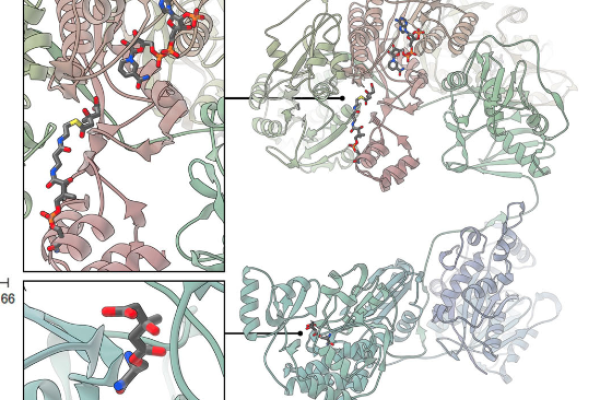 A newly discovered protein modification opens up another world of discovery

Over 200 million people worldwide take statins to help lower their cholesterol, which helps reduce the risk of illness and mortality for those in danger of contracting heart disease. But there is a lot about statins that researchers don’t yet understand.

Matthew Hirschey, PhD, associate professor in the Departments of Medicine and Pharmacology and Cancer Biology, is shedding more light on how statins work. He has discovered a whole new world of protein modifications and is exploring not only the nature of these modifications, but also how they modify proteins. This research was published in Nature Communications.

Hirschey and colleagues set out to investigate how statins inhibit cholesterol biosynthesis, which is what lowers overall cholesterol, and what proteins are modified during this process.

The team identified this protein as fatty acid synthase, which is the key enzyme that makes lipids in all of cell biology. This discovery suggests that the two major lipid biosynthetic pathways in cells – fatty acid biosynthesis and cholesterol biosynthesis – are communicating with each other. “But since it’s a metabolite from one pathway inhibiting another pathway,” Hirschey said, “this type of communications is unprecedented.”

They were only able to find this modified fatty acid synthase protein because of the protein they used as a positive control, HMGCR, which is the main target of statins. “It was serendipitous that we used this as a control,” Hirschey said. “If we had used anything else, we would have missed it.”

One way to know if a statin is working is to look at the direct target of that statin. Adding a statin into a system will inhibit the production of the targeted enzyme, which will cause the system to try to make more of the enzyme to overcome the statin. It’s a bit like sweating on a hot day. As our bodies sense the heat, they produce sweat to overcome that heat and cool us down.

Most of the modifications on proteins that have been studied so far are bound to the amino acid lysine. Since the HMGCR modification on fatty acid synthase was easily altered by chemicals and heat, they realized it’s not lysine bound. “This discovery opens up a whole other world of non-lysine based modifications,” Hirschey said, “modifications that can happen on other amino acids.”

Now, Hirschey and colleagues are asking what other modifications could exist on amino acids other than lysine.

There is a lot yet to uncover but it has opened a gateway for future discoveries and directions for statin research. Learning more about how statins work could have important implications for the millions of people around the world who depend on them.