Will You Put the Hat On? 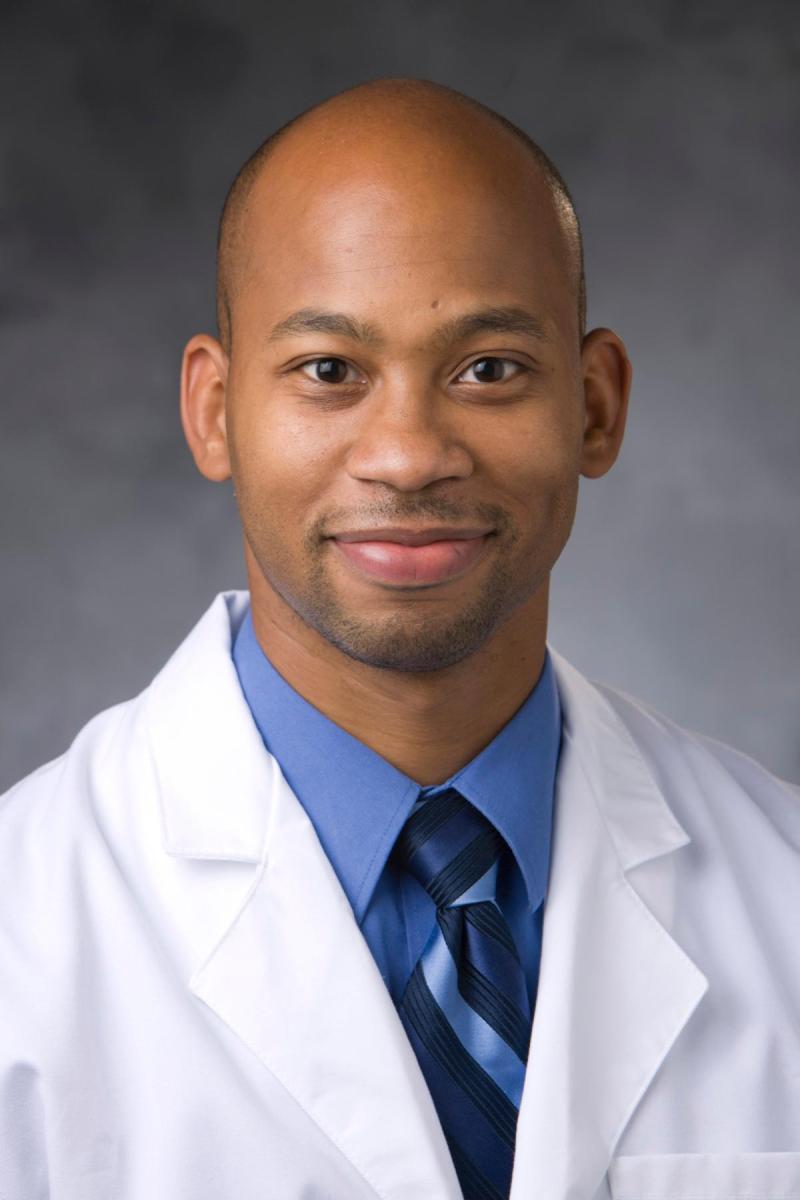 A paper hat made by a five-year-old, especially one that doesn’t quite look like a hat at first glance, may not appear to have anything to do with racism. But for Kenyon Railey, MD, and those listening to his presentation during the Duke University School of Medicine’s “Turning a Moment into a Movement” event last June, the hat has to do with just that and more.

During his talk, Railey used a recent encounter with his youngest child and only daughter, Chloe, as an example of the importance of institutions backing up their statements on diversity with heartfelt action.

One day Chloe presented Railey with an object she had made. Railey was unsure what it was supposed to be. It’s a hat, Chloe revealed, and Railey promptly placed the oddly shaped headpiece onto his head. After modeling it for a few minutes, he asked her whether she would like him to keep the hat in his room or hers. Chloe’s scowl revealed her disappointment, and he quickly assured her he would keep the hat right by his bed.

Even though he had assured his daughter that the hat she made was the best hat he had ever seen, his actions had said otherwise. Railey says the same can be applied to the School of Medicine when it comes to diversity.

Railey pointed out the low diversity among faculty members and medical school leadership at Duke. He then went on to challenge the school to do more to recognize its problems and better align its actions with its mission.

“Part of the fix is acknowledging it,” he said. “Every mental or behavioral health-oriented provider understands that you can’t fix a problem you don’t admit you have. So, if our goal is to change from moment to movement, then leaders, board members, chancellors, deans, chairs, chiefs, program directors, it’s your duty to acknowledge your failure and accept the reality that we can’t be innocent bystanders anymore.”

Much like the hat—which didn’t quite fit and was uncomfortable—Railey says the school must confront uncomfortable truths and take action.

“Bigotry, elitism, inequality, microaggressions, they all come from a racist tree with roots in every institution, in every department, every division, every person, including me,” Railey said.

“So after you’ve leaned into the discomfort of your failures, after you’ve reignited your faith and believed people of color without defending or deflecting, after you’ve committed to fidelity that must be the foundation of a future for all peoples—Black, brown, white, or otherwise—after all of that, when you put the hat on, then the next question that I want you to answer for the Duke School of Medicine, for the nation, and for the world and for Chloe is, ‘Will you leave it on?’”

Watch Turning a Moment into a Movement >

He has served as assistant chief diversity officer for the School of Medicine.