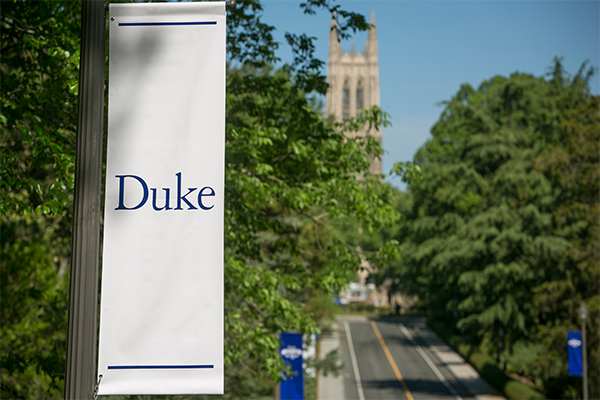 Two researchers from Duke University School of Medicine and one from Duke’s Department of Biology have been named recipients of the 2022 Science Diversity Leadership Awards from the Chan Zuckerberg Initiative.

The Chan Zuckerberg Initiative, in partnership with the National Academies of Sciences, Engineering, and Medicine, launched the Science Diversity Leadership program in January 2022. The program aims to recognize and further the leadership and scientific accomplishments of excellent biomedical researchers who — through their outreach, mentoring, and teaching — have a record of promoting diversity, equity, and inclusion in their scientific fields.

David’s project, Sharing Open Source Software for Biomarker-Based Analysis of Diet, will aim to distribute open source bioinformatic tools and resources for analyzing biomarkers of food intake. These biomarkers can in turn can be used to study the origins and management of autoimmune, metabolic, and cardiovascular diseases.

“We are developing diet tracking tools that are designed to overcome some of the barriers that underserved communities can face when completing traditional dietary surveys, like age, literacy, cultural background, potential anxiety due to stigmas around bodyweight, and time burdens,” David said. His project will bring these tools to researchers around the world through a series of workshops.

Evans’ project, Investigating the Role of Mitochondrial Dysfunction in Neurodegenerative Diseases, aims to mechanistically characterize the dynamics of neuronal mitophagy to provide insight into the pathophysiology of neurodegenerative diseases.

Her lab has identified a key step in a pathway that removes damaged mitochondria from the cell, a process that happens more slowly in neurons than in other cell types. They hope further characterization of this pathway will identify critical points where drugs could alter pathway dynamics to slow neurodegeneration. Their findings may have broad implications since mitochondrial dysfunction is implicated in multiple neurodegenerative diseases, including Parkinson’s disease, ALS, and Alzheimer’s disease.

“I am honored and excited to be named a Science Diversity Leader,” Evans said. “This unique award gives me the opportunity to not only advance my research but supports my equity and inclusion efforts at Duke.”