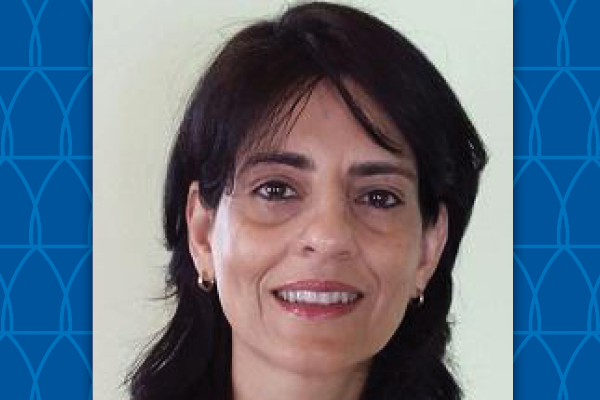 Susan Halabi, PhD, professor of biostatistics and bioinformatics (B&B), will receive the 21st annual Janet L. Norwood Award for Outstanding Achievement by a Woman in Statistical Sciences through the University of Alabama on September 19.

Halabi, who also serves as the chief of the division of biostatistics in B&B, is known for her research on prostate cancer. Her research focuses on the design and analysis of clinical trials, statistical analysis of biomarkers and high dimensional data, and development and validation of prognostic and predictive models.

This award recognizes outstanding career achievements by a woman in the statistical sciences. The University of Alabama established the award to help get more women involved in statistical sciences at all levels, from high school through senior faculty and scientists.

“Women have been traditionally under-represented in many fields of science, with the degree of under-representation greater for the quantitative sciences. This denies the field the benefit of the great contributions women are obviously capable of making to the statistical sciences,” the Department of Biostatistics at the University of Alabama said.

The honor is named for Janet Norwood, the first woman to serve as commissioner of the U.S. Bureau of Labor Statistics. Past president of the American Statistical Association, she was a presidential appointment to the Chair of the Advisory Council on Unemployment Compensation from 1993-96, under President Bill Clinton.

From 1979 through 1991, she was the U.S. Commissioner of Labor Statistics, responsible for the Bureau of Labor Statistics and its work in compilation, publication, and interpretation of statistics on employment and unemployment, prices, compensation, industrial relations, productivity, and economic growth. Norwood received a Distinguished rank in the Senior Executive Service from President Ronald Reagan.

Barrett and Southwell Named to NASEM Committee on Medical Misinformation