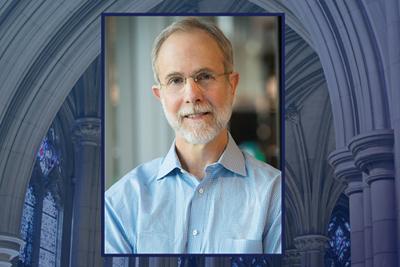 “There are few people who know Duke as well as Sandy Williams,” said Price.  “He has insight into every aspect of research at the university and Duke Health, from the laboratory bench to compliance and regulation, to the interface between academia and industry.  I am grateful to Sandy for stepping back into a leadership role at Duke during this important transition period.”

Price added that an international search for a permanent Vice President for Research and Innovation would be launched during the spring semester.

As interim Vice President, Williams will work closely with Provost Sally Kornbluth, Chancellor for Health Affairs A. Eugene Washington, deans and faculty to oversee a wide range of services and activities, including formulation of research policy, compliance, scientific integrity, government agency interactions, the Office of Licensing and Ventures and coordination of research across the institution.

One of the country’s leading physician-scientists and biomedical executives, Williams most recently served as president of the Gladstone Institutes in San Francisco and professor of medicine at the University of California at San Francisco from 2010 to 2018.  His experience at Duke spans more than 50 years, including service as professor of medicine, Dean of the Duke School of Medicine and founding Dean of the Duke-NUS Medical School in Singapore.

A graduate of Princeton and the Duke School of Medicine, Williams has also been chief of cardiology at University of Texas Southwestern Medical Center and held fellowships at Duke, Massachusetts General Hospital, Oxford University and Cold Spring Harbor Laboratory.  He is on the board of Amgen, Laboratory Corporation of America, and several early-stage biotechnology companies.