Alfred Bibby (’69) passed away on Sept. 29, 2019, at the age of 86 in Medford, Mass. He grew up in Massachusetts and at 17 years old joined the U.S. Navy where he studied to be a hospital corpsman. Ultimately, he joined the Marine Corps as a medic and was accepted to the Duke Physician Assistant Program in 1967. Upon graduation, Bibby worked at the VA Medical Center in Muskogee, Okla., and then transferred to the VA in Fayetteville, Ark. He worked in surgical services in both facilities and retired in 2000. A graduate of the third class of the Duke Physician Assistant Program, he was widely recognized as a pioneer of the profession.

William “Bill” Joseph Vogler (’69) passed away on Nov. 19, 2020, in Lake Lemon, Ind., at the age of 76. He was a veteran of the U.S. Air Force and graduated from the Duke Physician Assistant Program in 1969. After graduation, he moved to Chesapeake City, Md., and worked for several decades at E.I. DuPont, where he held positions in human resources, medical and material safety. After his retirement in 1999, he moved to Sanibel Island, Fla., and then later returned to Indiana to be closer to family.

Gary Edward Rexroat (’72) of Trenton, Fla., passed away on July 18, 2020, at the age of 72. Prior to becoming a PA, he served four years in the U.S. Navy as a corpsman and in Vietnam where he received a Bronze Star and three Purple Hearts. Rexroat graduated from the Duke Physician Assistant Program in 1972 and was named the first president of the Florida Academy of PAs in 1974. His PA career included working at the University of Florida and rural medicine programs, and he was cofounder of the Chiefland Medical Center in Chiefland, Fla.

Walker Eugene “Gene” Boone (’73) passed away on Nov. 18, 2019, in Winston-Salem, N.C., at the age of 73. He was a veteran of the Vietnam War, having served with the U.S. Army as a medic and explosives technician with the Green Berets. After Vietnam, he attended the Duke Physician Assistant Program and practiced as a PA in North Carolina. 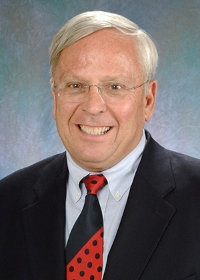 Jeffrey Heinrich (’73), passed away on May 10, 2020, at the age of 75 in Guilford, Conn. He served in Vietnam as a hospital corpsman with the U.S. Marines, and following his military service earned an undergraduate degree from Castleton State College in Vermont. He enrolled in the Duke Physician Assistant Program in 1971. As a student he was elected to represent PA students on AAPA’s Board of Directors, helped to develop a student academy, and was recognized as the first student academy president. He later earned a master’s degree and a doctorate. Heinrich served as a clinical PA at Yale University School of Medicine, co-directed its surgical residency program, and later became director of the George Washington University PA Program—a position he held as a full professor until 2007. Heinrich was actively involved in local, state and national PA organizations throughout his career, and co-authored more than 50 publications in clinical and academic journals.

As a pioneering PA, Jeff was a proud alumnus of the Duke Physician Assistant Program. He was a second-year student when I joined the Duke Department of Community Health Sciences faculty in 1972 as the PA program’s associate director. We became acquainted about the same time in a profession that we both grew to appreciate as an innovative way to meet overwhelming demands for health care services. As I wrote previously for the PA History Society Newsletter, “To say it simply, I loved Jeff. I loved working, talking, joking, laughing and just being with him. We continually sought each other’s advice. I especially have fond memories of meeting Jeff at the VA Hospital in Richmond, Va., to discuss the formation of the Physician Assistant History Society and how to raise funds and grow the society’s membership. Like many of us, Jeff’s clinical, leadership and academic roles expanded over time. He took a genuine interest in the welfare of his patients, colleagues and students. I will miss him, but he left me and so many others such wonderful memories. For that I am thankful.”

John "Jack" Dennis Merrill (’76) passed away on Nov. 28, 2019, in Gloucester, Va., at the age of 78 after battling cancer for a year. He was raised in the eastern United States and joined the U.S. Coast Guard at age 21. After graduating from the Duke Physician Assistant Program in 1976, Merrill continued to serve in the U.S. Coast Guard for 25 years and retired as chief warrant officer 4. He worked as a PA until he was 75 years old.

Nancy M. Joyce (’78) passed away on Dec. 2, 2019, at the age of 72. She was born in High Point, N.C., and attended the High Point Memorial Hospital School of Nursing. After graduation from the Duke Physician Assistant Program in 1978, Joyce went on to become the first PA to work at Guilford County Public Health. She worked in geriatrics and public health, and retired from Thomasville OB-GYN.

Robert "Bob" Martin (’94) passed away on June 3, 2020, in East Lyme, Conn., at the age of 67 after an 18-month battle with brain cancer. Prior to becoming a PA, he was a pioneer for vascular ultrasound techniques at the University of Washington and in Australia. After Martin’s graduation from the Duke Physician Assistant Program in 1994, he went on to practice in family medicine, emergency medicine and occupational health in Oregon, North Carolina, Minnesota and Connecticut.