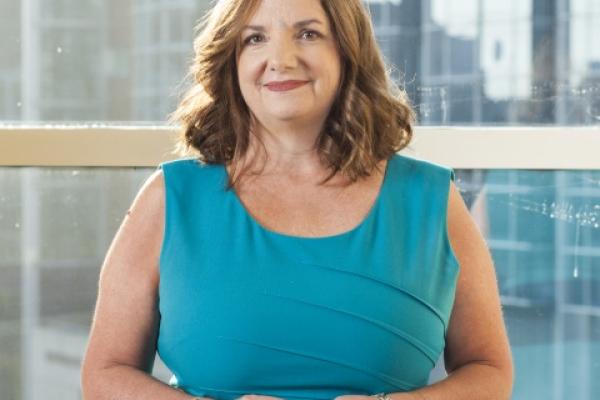 Note: This story was first published in the spring 2020 edition of the Duke Physician Assistant Program alumni magazine. It was written and reported in December 2019.

When Mary Jo Bondy, DHEd, MHS, PA-C (’93), entered the Duke Physician Assistant Program, she never realized the degree she’d earn would lead to a career in academia. While working as a medical technologist in a chemistry lab on Duke’s medical center campus, she encountered a physician who saw promise in her and encouraged her to pursue the PA program. She did, and upon graduation returned to Duke to work in an orthopedic clinic. And while she had a clinical role, there was something that called her to teach, as well.

“That was because of Duke,” she says. “When I graduated from the Duke PA program in 1993, I reached out to them and said I was going to be working at Duke and would be happy to take part in clinical education, teaching, exams or giving lectures on orthopedic medicine. And they invited me back to be part of the history-taking and physical exam faculty.”

From there, Bondy worked in several clinical and educational roles, eventually moving to Maryland and entering academics full-time in 2003. In recent years she has served as assistant dean of graduate academic programs and executive director of the Physician Assistant Leadership Learning Academy at the University of Maryland, Baltimore, and in December 2019 she was named CEO of the Physician Assistant Education Association (PAEA)—the first PA to take on the role.

“This for me is the pinnacle—I never expected to be given this opportunity, and being the first PA to hold the role as CEO at PAEA is a tremendous honor,” she says. “It’s wonderful to see nonprofit executive leadership as one of the opportunities available to PAs.”

‘You can plan your own career’

Bondy’s experience isn’t atypical. In today’s PA field, the opportunities for diverse career paths and leadership roles continue to evolve. From strictly clinical jobs to academia and hybrid roles that allow PAs to pursue multiple interests, the possibilities for a rich, multifaceted career are seemingly limitless.

According to the American Academy of PAs, today’s PAs practice in a variety of settings, with more than half working in an outpatient clinic and 36.5 percent working in hospitals. And PAs work in a variety of specialties, with the highest percentage—28.8 percent—laboring in the “other” category, which includes health care specialties such as psychiatry, hospice and palliative care, obstetrics and gynecology, addiction medicine, pain management, public health and dermatology. That category is followed closely in representation by surgical subspecialties, with 27.4 percent of PAs in that field.

Graduates of Duke’s PA program—the first in the nation and the birthplace of the profession with its first graduating class in 1967—prove particularly qualified to pursue the breadth of career opportunities available in the field. And that’s not only based on the level of the curriculum, but also the chance students get to interact with diverse groups in a range of medical settings while at Duke.

That’s how Captain Ulgen Fideli, MSPH, MHS, PA-C (’04), found her way into the Office of the Assistant Secretary for Health (OASH) in the U.S. Department of Health and Human Services. While a student in the Duke PA program, she met fellow students who were entering service with the U.S. Public Health Service (USPHS) Commissioned Corps. Inspired by their service, Captain Fideli began her career as a neurology PA at Walter Reed National Military Medical Center at Bethesda, Md., and began researching careers that would also utilize her public health experience. She eventually joined the USPHS Commissioned Corps where she serves as a PA and public health scientist and is now serving in the OASH at the Commission Corps headquarters (CCHQ).

The Commissioned Corps is one of the seven uniformed services and is the only service solely committed to protecting, promoting and advancing the health and safety of the nation. Commissioned Corps officers serve throughout the nation in communities that are most in need by providing essential health care services to underserved and vulnerable populations. In addition, officers often serve on the front lines in public health emergency and crisis situations.

“I could not only use my clinical skills, but I could also use my public health skills,” Fideli says. “We are called upon to help with disasters, and I see those as humanitarian missions.”

While Fideli has been on the front lines herself—responding to the medical needs of those affected by natural disasters such as hurricanes, tornadoes and floods—as Chief of Personnel and Career Management she now coordinates those responders and ensures they have the tools they need to deal with emergencies. That ability to grow and advance is part of what drew Fideli not only to public health, but to the PA field, as well.

“The unique part of being a USPHS Commissioned Corps officer is you can plan your own career; there are so many diverse opportunities and all serving the health of our nation, one way or another,” she says. “I have found my niche for the future in the USPHS. I’m really excited to be part of this mission and the positive change we are bringing to the health of our nation.”

The desire to affect change often leads PAs down a path to less strictly clinical work. For Hadley Powless, MBA, MHS, PA-C (’07), that need to facilitate greater change inspired her to look beyond the work she was doing at Hennepin Healthcare in Minneapolis, Minn., as a clinical PA in orthopedics and as the director of advanced practice.

“As I was working my way up into hospital leadership, I realized there was a ceiling of what I could do at my previous organization as a PA-C,” she says. “I loved diagnosing problems for patients, problems with departments and problems that existed for our (advanced practice provider) APP population.”

Recognizing those issues and not having the power to change them spurred Powless to pursue an MBA, which she received in 2019. And in the fall of that same year she left Hennepin Healthcare to work as a managing consultant at Guidehouse, a consulting firm that services a number of industries, including heath care.

“Once I started learning more about health care consulting, I realized that it was all about what I loved most about health care—diagnosing complex problems, but on a grander, more system-wide scale, while giving clients the ingredients to solutions that would solve those problems,” Powless says. “I always had ideas on how to improve things in my previous organization but never had the power nor the resources to dive in deep enough to fix them. I have that now in my current consulting job, and it’s so refreshing.”

That seems a common theme—as the field itself evolves, so do the careers and perspectives of those practicing. And for some like Powless, the experiences they have in the clinical arena inspire them to pursue leadership roles that will allow them to help shape the direction of clinical practice in the future. Major Marc Latta, MEM, MHS, PA-C (’97), had that in mind when he decided to pursue a doctorate of health sciences degree at Eastern Virginia Medical School (EVMS). After practicing for two decades in clinical settings as both an aviation PA with the U.S. Army and a cardiac surgery PA, Latta began thinking about what he wanted to do next. While he enjoyed working in a clinical setting, he also wanted the opportunity to contribute to the future of the profession in a different role.

“I love patient care, but as I enter the second half of my life, I intend to decrease clinical practice, transitioning my services to medical education in the classroom, research and/or hospital administration,” he says.

Latta is drawn to the opportunities academia affords him to ensure the next generation of PAs continue to push the field to the next level of patient care. Once he completes his doctorate in 2020, he’ll likely return to the classroom to share his vast knowledge with others.

“I was a peer tutor in high school, I was a teaching assistant for anatomy and physiology classes during my senior year in college, I taught eight grade health and science prior to returning to graduate school, and I am former faculty and clinical coordinator for EVMS PA program,” he says. “Teaching has always been one of the most rewarding aspects of my life.”

‘Live a life of giving back’

Regardless of the path they follow in their careers, these PAs all credit their time at Duke as a catalyst for not only success as clinicians, but for thinking beyond the conventional parameters of the field to see all the opportunities for leadership and advancement in this ever-changing health care arena.

“Duke prepared me to strive for the best and think outside of the box, whether it be with a patient diagnosis or with the invisible, misguided boundaries that can exist with the title of a PA-C,” Powless says. “While I was there, Dr. Justine Strand de Oliveira (professor emerita of family medicine and community health, former PA division chief and program director, and 1981 program graduate) of was one of our educators who showed us that you can do so much more than clinical medicine alone. She has had the title of director, consultant, adviser, division chief and professor, among others, all in addition to her PA-C. That has always stuck with me, and watching her continue to evolve over the years since I left has been incredible to watch.”

And no matter the path they ultimately choose, the goal remains the same: to improve patient care and increase access to vital health care services for all those in need.

“I’m so lucky to have been able to serve as a clinician and now as an educator, and ultimately live a life of giving back,” Bondy says. “And I’ve tried to do that true to (Duke Physician Assistant Program founder) Dr. Stead’s vision of the profession. Hopefully I’m doing what every good Duke grad should do, which is giving back to our community and our profession and utilizing all I was given from my time at Duke.”

Jennifer Bringle is a freelance writer based in Greensboro, N.C.