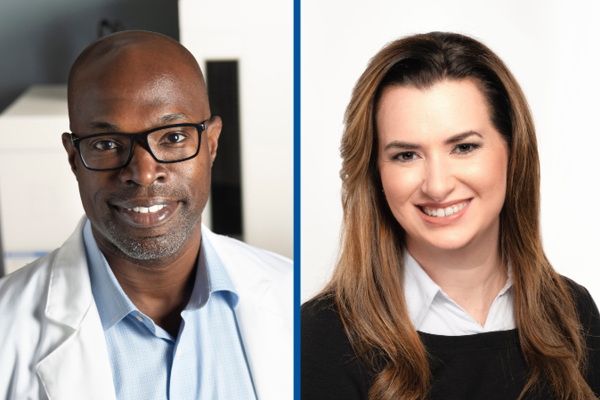 Two Duke professors are among just eight scholars nationwide who have been awarded prestigious Pioneer Awards this year from the National Institutes of Health (NIH).

The Pioneer Award is the largest of the four grants given under the NIH’s High-Risk, High-Reward program and is intended to support innovative research that, due to its inherent risk, may struggle in the traditional NIH peer-review process. Investigators seeking program support are encouraged to think beyond traditional bounds and to pursue trailblazing ideas in any area of research relevant to the NIH’s mission to advance knowledge and enhance health.

“This unique cohort of scientists will transform what is known in the biological and behavioral world. We are privileged to support this innovative science,” said Lawrence A. Tabak, DDS, PhD, who is performing the duties of the Director of NIH.

Dzirasa’s research has demonstrated the importance of crosstalk between brain regions and networks as the driver for depression and autism in mice.

His Pioneer Award will employ a new tool, dubbed LinCx (long-term integration of circuits using connexins), to improve communication across brain cells. LinCx delivers a unique protein (connexin) to brain cells, which acts like a direct line for cells to talk with one another and better synchronize activity along circuits critical for mood and emotional regulation.

The connector proposed by Dzirasa comes from the white perch fish, a type of bass, which has these molecules attached between auditory nerve cells and tail-flip cells. This ultrafast neural connection helps fish quickly escape when they hear an approaching predator.

“We're excited because we recently demonstrated this new connexin tool can modify brain circuits in worms and mice, so we're hopeful that it can translate to humans, too," Dzirasa said.

For more than a decade, Randles has been developing supercomputer models of how blood flows through our arteries at the cellular and particulate level.

“Single heartbeat metrics have been linked to a person’s risk of heart disease or likelihood of having an adverse event after an intervention, but tracking or predicting how a patient’s blood flow and vascular dynamics respond to a treatment over time is still an open question,” Randles said.

Depending on the scope of the model, Randles said simulating even a handful of heartbeats can require several hours of time on some of the world’s most powerful supercomputers. That makes modeling for months or even years untenable.

“We need to find a way around the need for that level of brute force computational power to build a long-term map of a person’s blood flow dynamics across many activities,” she said.

Randles plans to use the Pioneer Award to create artificial intelligence models that can estimate a person’s blood flow dynamics over time with the help of wearable devices like smart watches. By integrating input from wearables with machine learning and physics-based modeling, she hopes to find a way to track changes to a person’s risk of heart disease through indicators such as lowering levels of cardiovascular shear stress.

Barrett and Southwell Named to NASEM Committee on Medical Misinformation