The purpose of this document is to lay out a roadmap for the Duke University School of Medicine (SOM) to guide its development through 2020 and beyond. Importantly, however, it represents only one of several recent strategic planning efforts and it is not meant to be all encompassing. In other words, it focuses on some strategic areas, but it does not describe everything we will do.

The last formal strategic planning process for the School of Medicine was in 2006, in parallel to a Duke University-wide process and shortly before a change in decanal leadership. The 2006 strategic plan was developed at a time when the School’s finances seemed secure and resources appeared to be available for new initiatives. However, the global economic downturn in 2008-2009 and, at least as importantly, the continued stagnation of the federal research budget intervened. The School’s budget became severely challenged, and this necessitated modifications to the 2006 strategic plan in 2009-2010. 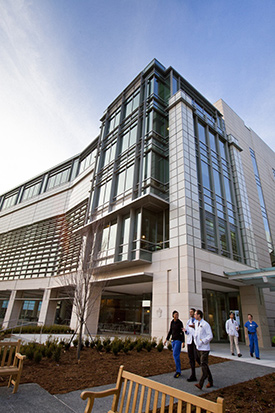 In spite of resource constraints that were probably unprecedented in the history of the School of Medicine, we did make progress forward. We built the Trent-Semans Center for Health Education, a spectacular and highly functional building that not only serves MD student education, but that has become a resource for the entire campus. We established four new clinical departments over a period of six years, increasing the total number of departments from 18 to 22. We recruited 19 new department chairs and provided resources for them to implement their visions for their departments. We established the Duke Cancer Institute, the Duke Molecular Physiology Institute and a host of other new research initiatives. We added a Primary Care Leadership Track to our medical education curriculum, established 3 new Masters degree programs and one new PhD program and opened both an education academy and a student-oriented clinic in collaboration with the School of Nursing. We have raised, to date, more than $1.1 billion in our ongoing capital campaign. These accomplishments, and many others, are outlined in the Appendix at the end of this document.

Starting in the spring of 2015, the School of Medicine hosted a series of brainstorming sessions to elicit ideas for a new strategic plan. Although resources are still more limited than they have been in the past, and we continue to face very strong headwinds, School leadership felt that it was opportune to undertake this process in parallel with an enterprise-wide Duke Health strategic framework process led by the new Chancellor for Health Affairs, Eugene Washington and a Duke University strategic planning process led by Provost Sally Kornbluth. Our new strategic plan intersects with both of those efforts, but also uniquely focuses on the issues that faculty leaders identified as most important for the School of Medicine in 2016.

The highest priorities that emerged from our strategic planning process include:

This plan, presented in outline form because it is primarily for internal use, offers tactics for addressing these priorities. It is ambitious and aspirational, and we recognize at the outset that it is likely more than can be achieved in 5 years. Nonetheless, it is the culture of the School of Medicine to aim high and to partake of Duke University’s “outrageous ambition.”

We undertake strategic planning process from a position of strength in spite of the headwinds of the global economic downturn, a flat NIH budget, and uncertainties about health care reform. Highlights from the past eight years: